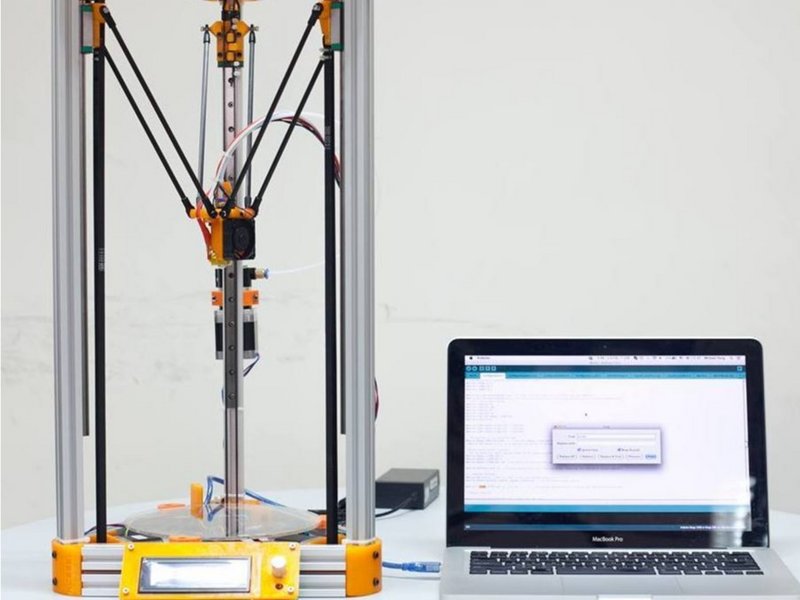 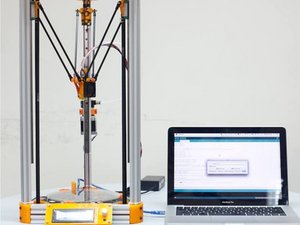 This Manual is adapted to the Mini Kossel Assembly Kit found here: http://www.hkbay.com/store/product_info.php?cPath=13&products_id=121

Author: HKBay (and one other contributor)
Create a Guide

Introduction - Why a Delta?

The 3D community is being bombarded by 3D printer models. Everyone has their own way of doing it ‘the right way’. Deltas are not the Holy Grail in home printing but they do have some advantages above the standard printers. Plus, they look really cool.

The biggest difference between a Delta and 80% of all other 3D printers is its method of moving. Most printers use the Cartesian system (left to right, front to back and up and down). This is the easy way of getting from point A to point B because a straight line is just one plane or one axis moving. The downside is that the moving parts are quite heavy. A 3D printer needs to be able to change its direction instantly and as fast as possible. The heavier the moving part, the harder it is to make it stop or change direction in an instant.

The benefit of a Delta is that the moving parts are lightweight so that it’s easier to travel. That results in faster printing with greater accuracy. Most “traditional” printers have a moving build platform. This means that the object you are printing is always moving which can lead to prints coming loose due to the constant jerks and to inaccurate prints especially when the prints get higher.

Deltas usually are better in building higher objects like for instance a vase because the build platform is fixed. They tend to be higher anyway which creates a bigger build volume. Because of the way they are built, it is also fairly easy to make them bigger (in width but certainly in height). The overall construction is much less complicated and uses fewer parts reducing maintenance and costs. There is one downside though. Because of the arm construction it must be a lot taller than your build volume.

Did I mention it looks really cool?

One big advantage of our printers is the presence of an auto-level feature. This greatly reduces the time it takes to calibrate the machine and it’s much more accurate. It auto-levels before each print so even if your setup changes slightly due to normal use, the auto-level will always give you a flat first layer.